How to Clean Your Dryer Lint Trap

How to Clean Your Dryer Lint Trap

You probably already know that you have to clean the lint trap on your dryer. But do you remove the lint after every cycle? Do you ever wash your lint screen? It’s important to know how to clean your dryer lint trap properly in order to improve your dryer’s performance and avoid fire hazards.

Where does all that dryer lint come from?

First things first. Clothes are woven from soft fabrics to provide flexibility, breathability, and comfort. The fabric eventually begins to deteriorate even if it is not washed or dried. The agitator of a washing machine will loosen these fibers from the cloth in the form of lint. We can certainly see the result when the clothes are placed in a clothes dryer.

The dryer creates static friction that compounds the process. Dryers need to dispense their hot air exhaust and a lint trap or screen helps to block most of the loose fabric from entering the exhaust vent.

Why should you clean your dryer lint trap?

A clogged lint trap decreases your dryer’s performance. If you don’t know how to clean your dryer lint trap, you may notice that your dryer takes two cycles to dry clothes or that clothes are still damp after a cycle. This will eventually create a fire hazard that could have been easily avoided.

Steps for How to Clean Your Dryer Lint Trap Properly 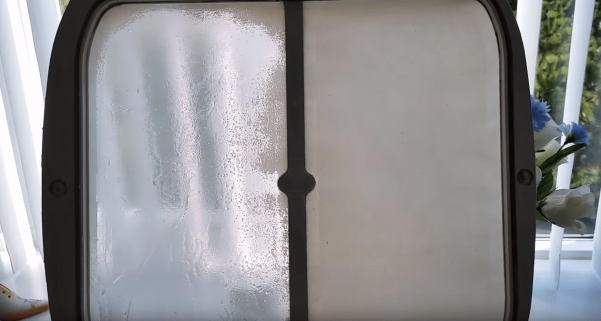 You can use two simple methods to tell if your lint trap has wax build-up. Hold the screen up to a bright ceiling light or window. Any areas that aren’t transparent are filled with wax from dryer sheets and fabric softener.

Or hold the lint trap under running water. If the water pools, you have wax build-up.

Use a few pumps of dishwashing detergent and water to clean the screen. A soft to medium bristle cleaning brush works best to get into all the nooks and crannies.

In the case that your dryer takes too long to dry, but your lint trap and vent are clean, you may need to hire a professional dryer repair technician. 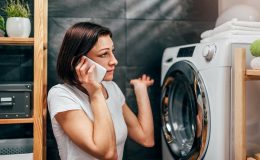 Why is My Dryer Taking Forever to Dry? (And How to Fix It!)